This is just another technological phase or am I right in assuming that this is the one of the biggest battles in history of consumer electronics. Few years back Apple was afraid of Microsoft and Microsoft was afraid of Google. But now it seems that Google has become that Big Brother in this tech world and have gone against it’s own slogan “Don’t Be Evil”. Now, Apple seems to be afraid of them and Microsoft has just started to frighten them. 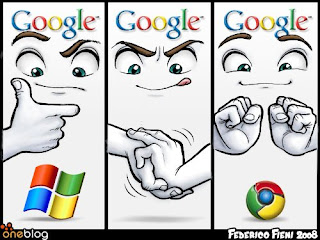 This is just the time when each company wants to provide each and every service so that their customers don’t have any reason to reach their rivals.

Earlier it was clear that Microsoft Windows will rule the PC market, Apple for user-end gadgets and Google for search, email and Advertising. But now it’s just seems a lot of confusion where each company wants to provide every service better than it’s rivals.
Google has entered (or maybe penetrated) into the phones and tablets market by taking the responsibility of Android from Open Handset Alliance and Open Sourcing it. Whereas, Microsoft also took off again to compete with Apple in the portable market and after so many incorrect paths they have found their way with Windows Phone. It’s look and feel is such a success for Microsoft that they have developed all their future UIs based on Windows Phone. 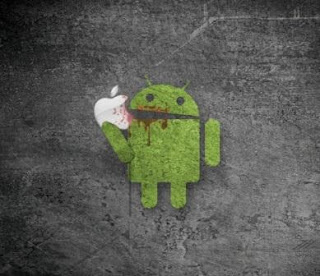 While Google was busy with improvements to Google+ hangouts and concentrating on it’s invention Fiber, Microsoft took the advantage of ongoing criticism against GMail and introduced Outlook.com. Outlook.com doesn’t seem to have any new feature, it’s just that they presented the same old email functions in a new revamped UI. They are also trying to make their ecosystem uniform across all their technologies. One thing that can be noticed is that Outlook.com would be really comfortable to use on a tablet without any requirement for a native app. 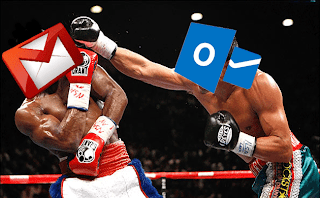 Google on the lines of Apple and Microsoft has also started their cloud based storage Drive. Whereas, Apple had countered them by removing Google Maps from iOS products and replaced them with their own Apple Maps. 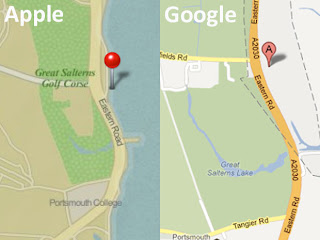 September will be a big month for all of them with Apple launching the much-awaited iPhone 5. Google has already shown their new version of Android(JellyBean) at Google I/O installed on a powerful and half-priced(as compared to iPad) Nexus 7. We are also clear with the upcoming Microsoft products including their Tablet-PC Surface and Windows Phone 7.8(Tango) and Windows Phone 8(Apollo). Moreover, Microsoft also has the new completely revamped Windows OS to be launched in October. So, let’s see what the iPhone 5 has stored in for us apart from removing the YouTube app.
Hey! Wait don’t forget Mark, yes Facebook has it’s own take in the future. Apart from being the biggest danger to Google’s advertising machine, Facebook is also taking on Emails by introducing a look for messages. (Facebook has already email addresses to all it’s users. Visit your about page to know yours) There are also rumors that Facebook is also developing their own smartphone with a whole FB environment. It might be true because there are already such web based OSs like webOS from HP and Boot2Gecko from Mozilla. 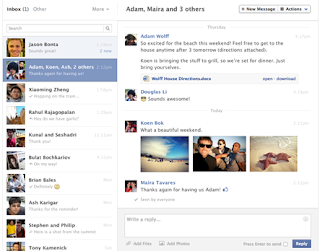 As a windows user, I am being to pushed to use Windows 8 because of the Microsoft’s tempting offer for the existing Windows 7 users. That also make me to think that I should consider having a Windows Phone to get into that ecosystem, but I’m already being pre-occupied by Android on my phone and tablet 🙁