Sony has finally announced the PSP2 calling it  “Next Generation Portable(NGP)”.
It too has features to be called as a device of Next Generation.

The PSP2’s menu UI is a heavily customised Android 2.3 interface with navigable homescreens,and in-built location-based social-networking called LiveArea.
The much-awaited PSP2 is set to be released only by the end of the year. 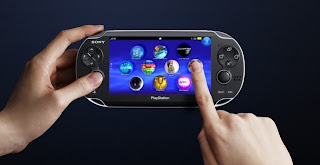