There was a time when OS updates were only geeks play and no one was really motivated to update their OS keeping in mind almost negligible support from manufactures, fear of loss of data, fear of resulting into a unstable software. But, as smartphones get popular and Operating Systems become independent from the mobile, even non-tech enthusiastic users have to get acquainted with a new tech term- Software Updates. 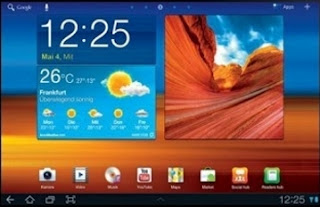 Caution, before you update.

♦ Although updates come packed with new features, they also have their own set of headaches.

♦ Be prepared for long downloads, connecting your device to computer for more than a few times, multiple reboots, and at times wiping your complete data from the device.

♦ Always read what the update offers, it is boring in most cases, but be patient. You should know changes would take place with your device.

♦ Stick with your current OS, if you are content with your device. I still have Android 2.1 on my Samsung Galaxy phone because it’s working absolutely fine and is not short of some remarkable feature. I only battery problem which will only increase if I update.

♦ In most cases, updates work best with relatively newer models -older models sometimes do not get all the new features and may get slow down.

♦ Most updates try to preserve user data but their no harm in doing it manually just as a preventive measure in case updates go wrong.

♦ Don’t forget to charge your device before you updating.

♦ If you are not a techno geek – always install OS updates from official sources as unofficial ones tend to void warranty and support.

It’s Google’s most ambitious overhaul of Android, blending both smartphone & tablet version. It comprises of a complete new interface with new fonts, better browser, support for NFC, better support for voice commands and more re-sizable widgets. Also, ‘Search’ and ‘Menu’ buttons have been omitted and in place a ‘Recent apps’ button is placed next to the ‘Home’ button.
If you are happy with your current Android 2.3 interface you might surpass this update. But, it is highly recommended update for tablet user and those smartphone which have a dual core processor lurking beneath the hood.

Available for : The update depends on the manufacturer.

One of the most significant updates to the operating system of the iPhone and iPad. iOS 5 brings in many changes including Android like notification bar to keep you up to the speed with what’s happenings, a Newsstand app for magazines and publications and cloud syncing via iCloud. Also, a new improved browser (support for tabbed browsing in safari), Twitter integration and the promise that future updates to the OS could happen without having to use iTunes. It’s a must have upgrae for iOS users.

Miss this update at your peril. The first major upgrade adds to the existing tile-based OS, a better multi-tasking, twitter integration, support for third party apps, better browsing and copy & paste. However, you can’t still transfer files over bluetooth, but you will not miss it too much thanks to superb cloud integration.

Available for : All windows phone 7 devices.

It has derided as the poor mans Android, but bada has been inching up the popularity charts because it delivers a decent experience on powerful smartphones that don’t cost too much. The update gets bada a bit closer to Android with better support for flash and HTML 5 and multi-tasking. It also features support for NFC and the ability to make folders on the home screen.

If you are a Symbian user, updates are what which you may want to maintain your respect among your friends. After the major update Anna (which brought in new icons, better keyboard and browsing) enters Belle. It brings improvements like resizeable widgets, more home screens(6), better status bar and support for NFC. Though, no noticeable changes to the interface. 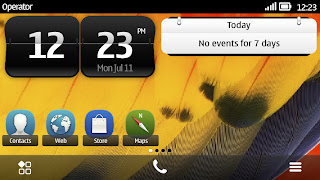 Old BB phones cannot be updated. Buy a new BlackBerry to get the latest OS.